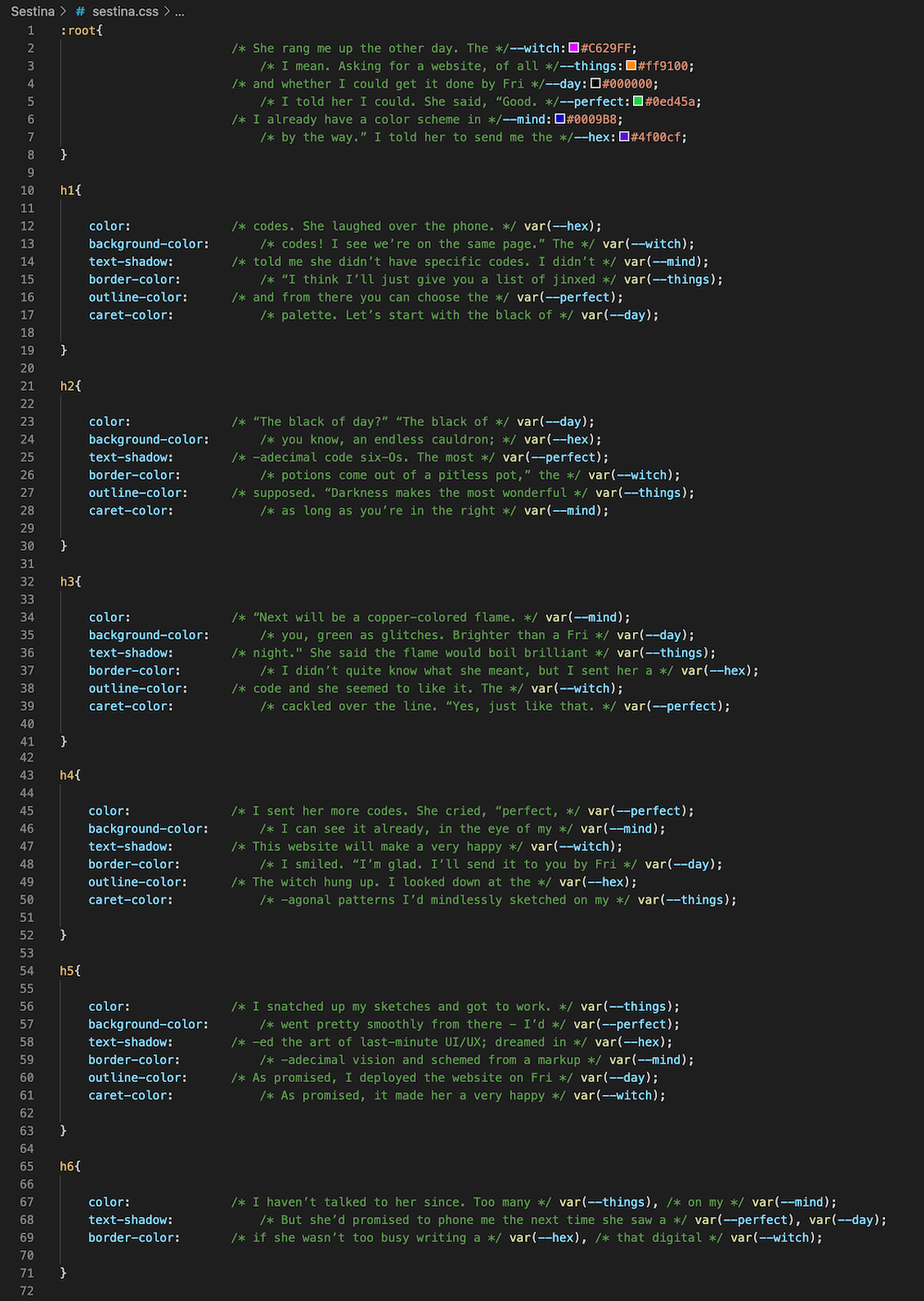 A while back I wondered what would be the best kind of poem to write in CSS—my first thought was a sestina, for its repeated line endings. They're difficult to write, apparently—this is my first completed sestina. It was a fun puzzle to figure out how many ways I could incorporate the idea of "six": HTML defines six heading types; hexadecimal values contain six digits; sestinas contain six sextains, and so on.
Caroline Dinh is a Vietnamese-American student and storyteller based in Maryland. When she’s not writing stories, she’s writing oddly-structured poems or computer programs, sometimes both at the same time.